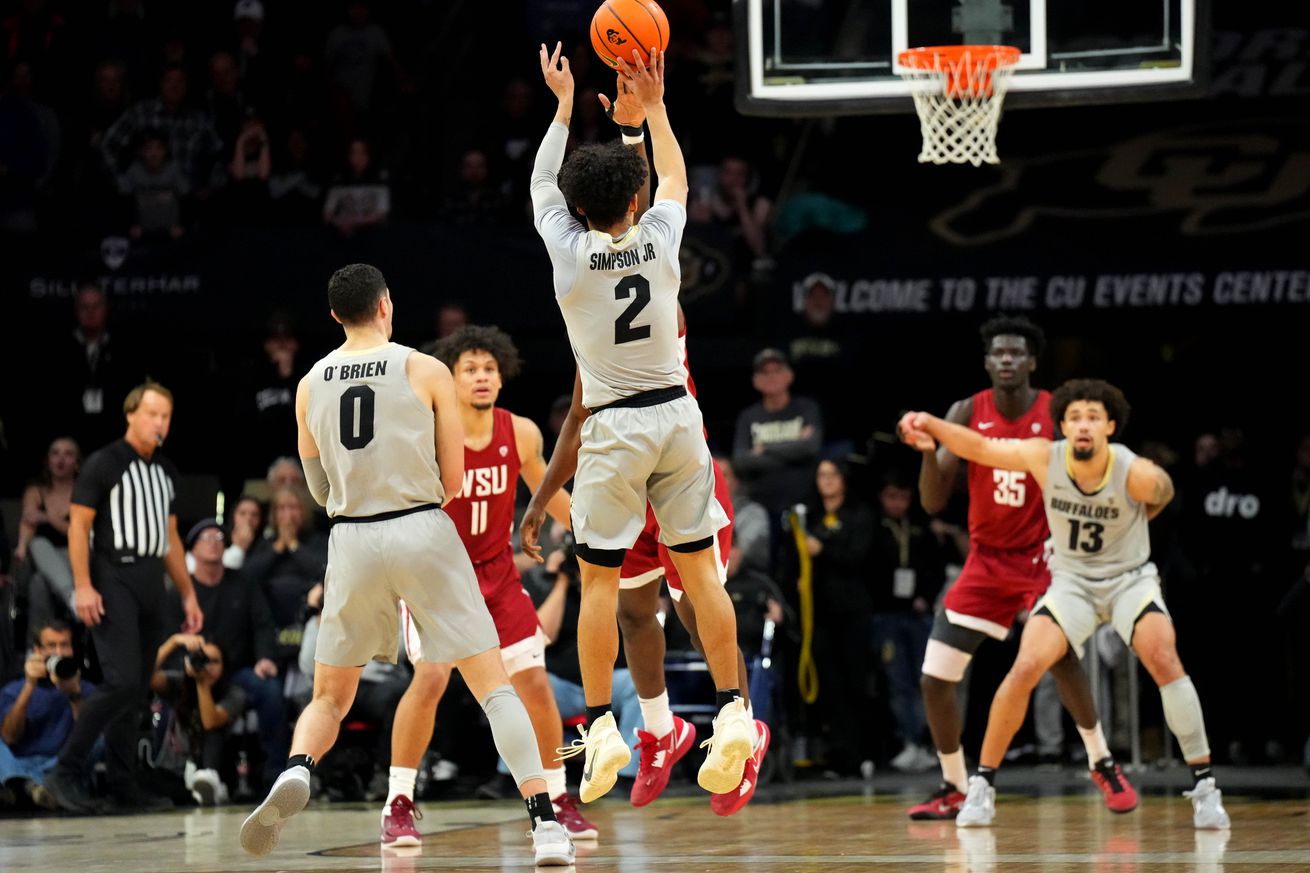 Simpson hit the game-winning shot and da Silva had 27 points in the 58-55 win.

The Colorado Buffaloes ended their three-game skid with a nervy win over the Washington State Cougars. In an ugly, intense game, the Buffs needed heroics from Tristan da Silva and KJ Simpson to give them the 58-55 win.

After struggling with turnovers in their previous three games, the Buffs started today as sloppy as ever, committing 10 turnovers in the first 12 minutes of play. That set the tone for what would be a brutal game for the offense. Apparently it’s difficult to score when you can’t throw accurate passes or catch the ball in tight spaces.

Thankfully, da Silva played probably the best game of his life today. He started the game by hitting a corner three, then got a technical foul after he turned around and stared down the Wazzu bench. It was a sign of confidence from the German forward, as he finished the half with 14 points on a perfect 6/6 from the field. He carried CU to a 26-25 halftime.

Da Silva continued his onslaught in the second half as he reached deep into his bag and pulled out some eurosteps and pump fakes the Wazzu defense had never seen before. However, he was the only one who showed up, at least until Simpson’s clutch shooting. Da Silva ended up with 27 points on 11/13 shooting, while the rest of his team totaled 31 points on 10/29 shooting. The Buffs also shot 14/23 from the free throw (10/19 without TdS), a continuation of an issue that’s been plaguing them all year.

As the Buffs were struggling on offense, they were grinding on defense and won the rebounding battle. It’s a very Tad Boyle thing to be happy with his team after a rock fight, but that’s the culture of this team. The offense is clearly broken — improved shooting and better wing play would help — but defense and rebounding keeps you in games like these.

At the very end, it was Simpson who won the game for the Buffs. With two minutes to play, the sophomore got the crowd on its feet when he dunked on Adrama Diongue. After that, Simpson drew a foul and converted both free throws to take a 55-54 lead with less than a minute to play. Finally, after TJ Bamba tied the game with a free throw, KJ nailed a three from the top of the key to get the clutch win.

The Buffs will travel to Oregon and Oregon State on Thursday and Saturday, respectively. Colorado crushed both opponents in Boulder two weeks ago, but they need to play with the same intensity and hope for a few made shots if they have a chance at a split or sweep.